What Martin Coath did with his prize money… 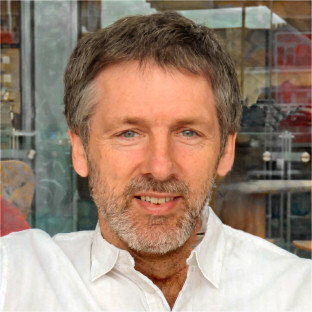 I have used a small amount of the money to help me with a brilliant idea for the Cheltenham for the science festival. A group of about 8 of us did some `Science Busking’ – that is turning up unannounced at venues (mostly pubs) and getting people talking about science in bars, cafes, and in the street. It went really well!

I built and took along a number of small portable demos to help with this, the photo shows me beginning to solder one of these together. It is a lot of work and some of the bits are pricey, but the nice thing about small portable gear is that it can be used over and over again in many situations, like school visits, so it is worth putting in time and effort to build it properly.

While I was at the festival I got together with old friends (including Steve Mould from Blue Peter, and Marieke Navin who was also an I’m a Scientist … contestant) to do a great show about science and the oceans (picture attached). 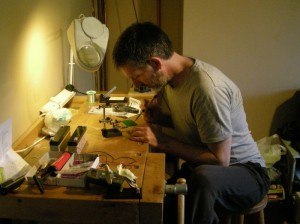 A month later I had the chance to help out with the BBC/Open University ‘Bang Goes The Theory’ roadshow which was great fun.

The main part of the money is going towards an idea called ‘The Brain Game’ which has already visited two schools, and there are plans to take it to the Edinburgh and Cheltenham Science Festivals in 2011.

‘The Brain Game’ tries to make it fun to learn about neurons!  It really is fun, you guys will have to trust me on this until you get the chance to see the show.

Posted on January 12, 2011 by andyhowells in News. Tagged prizemoney. 3 Comments.

3 Responses to What Martin Coath did with his prize money…