The next I’m a Scientist event:

What do animals do and why do they do it? We’ll find answers to these questions and more. For example, animals’ mating rituals involve everything from dances to dung, but why the variation? What makes one animal’s behavior special? 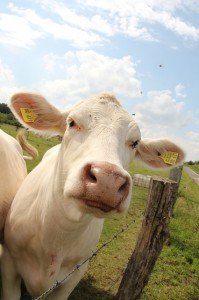 One of the key stages in the development of modern civilization. Today, agriculture provides everything from food to bio-fuels, and any number of other products necessary to sustain human life.

One of the prehistoric sciences, people have been looking towards and mapping the stars about as long as there have been people and stars. With modern advances in science and technology, we are able to see farther into the cosmos than ever before, and understand more about our place in the Universe.
This zone is funded by the Science & Technologies Facilities Council (STFC), and scientists should have some links to the STFC, see here for more information: imascientist.org.uk/scientists/stfc

Bioinformatics uses complex machines and software to investigate the very code of life. Encompassing a wide range of specialties, bioinformaticians are computer scientists, statisticians, mathematicians, and engineers.
This zone is part-funded by The Genome Analysis Centre (TGAC), and is part of the I’m a Scientist Big Data Season.

The Diamond Light Source in Oxfordshire, is the UK’s synchrotron. Electrons are sped up to near-light-speed, and used to study everything from fossils to viruses. Working like a giant microscope — but 10,000 times more powerful — it is one of the most advanced facilities in the world. We’ll meet scientists from all fields using Diamond to advance their research.
This zone is funded by the STFC, and scientists should have some links to the STFC, see here for more information: imascientist.org.uk/scientists/stfc

More and more new drugs are discovered and developed every year, but where do the starting points for these drugs come from? How are new molecules made, and tested? In this zone we’ll look at the scientists finding new cures to what ails you.

Energy comes in many forms, and physicists use it in all forms, in vast quantities. In this zone we’ll meet the scientists taking energy use to the extreme in their research, as well as those researching energy itself. How much energy is needed to search for the smallest particles in the universe? On the other hand, what’s the smallest amount of energy possible to run, say, a car?
This zone is funded by the STFC, and scientists should have some links to the STFC, see here for more information: imascientist.org.uk/scientists/stfc

Genomics is a part of science which works to sequence the complete set of DNA of different organisms and, after that, analysing and understanding their function better.
This zone is part-funded by TGAC, and is part of the I’m a Scientist Big Data Season. 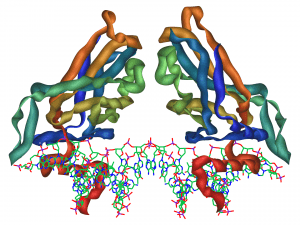 In this zone we’ll meet researchers looking at just what makes a disease infectious, scientists looking for cures, and those looking for ways to keep disease spread under control. Are all diseases infectious? And just how many diseases are there anyway?

If amino-acids are the building blocks of life, then proteins are both the pre-fab wall sections and the builders themselves. Proteins are essential to all cells, and all life. In this zone, we’ll look at ways proteins are used in all kinds of research.

Hold an apple in front of you. What do you see? How do you see it? Sure, light bounces off the apple and into a couple of glassy globes in your face, but what happens then? What happens if you’re wearing glasses, or if the eyes mal-function? How can we repair them?

Water covers more than 70% of the Earth’s surface and is vital for any life to exist. This zone will look at the chemists using water in their research; it could include everything from new ways to clean water, and looking at how other substances interact with it, to hunting for water on other planets and making fuels.
This Zone is funded by the Royal Society of Chemistry (RSC). Scientists, to take part in this zone you must be a member of the RSC.

Barium, Praseodymium, Neodymium, Promethium, and Samarium Zones.
General Science Zones take five different scientists from a wide range of research areas. These are not themed zones and not all the scientists will be use the named element in their research.

Following the success of the primary school only zones we ran in March, we’ll be running two more in June (Barium and Praseodymium).

Update: 21st May 2014
We have spaces available for teachers signing up late. Email Josh (josh@gallomanor.com) for more information.

Teachers apply here: imascientist.org.uk/teacher-registration
Apply before Tuesday 6th May
We’ll send an email out soon after this deadline asking which zones and how many classes you would like to bring online.

Scientists apply here: imascientist.org.uk/scientist-apply
Apply before Monday 12th May
(The deadline for the Water and Diamond Zones is Monday 19th May)
Take a look at this post for our advice on your application!

This June we’ll also be running 4 zones in I’m an Engineer. Click here for more information.