I’m a Scientist, Get me out of here will run for two weeks from Monday 7th to Friday 18th March 2016.

With 9 different zones, we’re looking for 45 scientists and have space for more than 2,700 students.

What it says on the tin, right? The chemistry of life? It sounds so simple. But Biochemistry is the study of all the different molecules in your body: the lipids in your cell walls, the carbohydrates that fuel you, the proteins that chop and change your DNA or break down your food, the myriad chemical signals passing messages between cells and between bits of your cells….  Everything that gets you through this day and into the next one.

In this zone there might be researchers developing safer drugs, nutritionists understanding what foods are good for us, neuroscientists looking at how our brain cells talk to each other or scientists improving the ways we can get images of all these incredible molecules.

This zone is funded by Royal Society of Chemistry and the Biochemical Society. To be eligible to take part in this zone, scientists should be a member of either of these societies.

The climate of the Earth’s surface has always moved with the times. But the planet’s climate is now changing around us with more speed than ever and scientists are looking hard at what’s happening across a huge range of areas. What’s going up into the atmosphere, how different ecosystems are responding, the changes in levels of sea and ice, the future of food production, predicting the weather far ahead, comparing today’s climate with the past, the ways that people around the world are having to adapt… These are all areas that researchers in this zone could be involved in.

This primary school zone is funded by the Royal Society of Chemistry and and to be eligible to take part in this zone, scientists should be a member of this society.

This zone will be all things fat, lipid and oil. Fats, or triglycerides, are crucial for the functioning of the human body. Different types provide fatty acids for our diet, they keep us warm in the colder months, store excess energy for later in fat cells, they even insulate our organs against shock,  Scientists in this zone could be researching these areas, as well as looking at how the body makes fat, how it breaks it down, whether our lifestyles are leading to us having too much and what the future holds for fats and lipids. Could we even use fat to replace fossil fuels?

This zone is funded by the Wellcome Trust and follows the theme of their latest Big Picture resource pack for teachers on the cutting-edge science behind fat. This can be ordered or downloaded here. 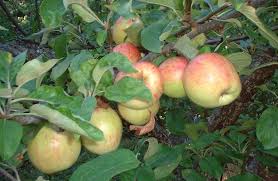 What did we do before Sir Isaac Newton invented gravity? Not wear shoes, probably

Gravity is not to be taken lightly. Thanks to Einstein and his space-time bending theories our understanding of this fundamental force has come a long way Since Sir Zack’s time in the apple garden. But still so much remains to be worked out. Does anything escape a black hole? How can the quantum world experience gravity, if at all? Will we ever detect gravitational waves, maybe using gold cubes in space (check out the LISA Pathfinder mission)? Scientists in this zone will be coming up with ways to find out the answers to these and many other attractive questions.

This zone is funded by the STFC. To be eligible to take part, scientists should have some link to the STFC. See this page for more.

It’s been more than 100 years since the first x-ray picture of a hand was taken, probably by the creator of the opening titles of hit medical sitcom Scrubs. Ever since, physics has played a vital role in medicine. This zone will include the physicists and engineers who continue to develop ever better ways to diagnose and treat illness that will help save lives and keep us living longer in the future.

As Britney sort of sang, “If you’re toxic you won’t be slipping under– the noses of the scientists in this zone!”. Many things are toxic to humans and other living things, not just that lame joke. In this zone there could be researchers looking at how different doses of substances affect our bodies, or developing new ways of detecting poisons in the environment, or trying to understand why some people find things toxic that others have no problem with.

This zone is funded by the Royal Society of Chemistry and and to be eligible to take part in this zone, scientists should be a member of this society.

General Science Zones take five different scientists from a wide range of research areas. We welcome any type of scientist to apply for these zones, as the more diverse they are, the better.

Teachers apply here: imascientist.org.uk/teachers
Apply before Monday 1st February
We’ll send an email out soon after you sign up asking which zones and how many classes you would like to bring online.

Scientists apply here: imascientist.org.uk/scientist-apply
Apply before Sunday 31st January
Take a look at this page for our advice on your application!

This March we’ll also be running 5 zones in I’m an Engineer. Click here for more information.