I’m a Scientist, Get me out of here returns in November, for two weeks from Monday 11th-Friday 22nd

Read on to find out about them, or head straight to the application form to take part:

This November also sees the return of I’m an Engineer, I’m a Researcher and I’m a Scientist Ireland! 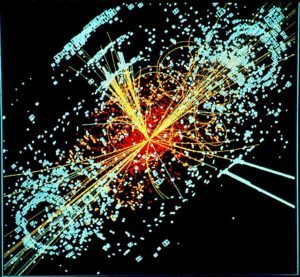 We are living in the era of computers and Big Data. An almost unimaginable amount of information about us and the world is collected every second. What on earth do we do with it all?

Big data and its uses are everywhere: from massive physics experiments like LHC,  to networks of radio telescopes piecing together the universe, to endless location data created by GPS satellites, to machine learning algorithms helping to diagnose patients. Scientists in the Big Data Zone will all be using computers, data and algorithms in a range of areas and industries, from astronomy and particle physics, to medical physics and meteorology.

The Big Data Zone is funded by Institute of Physics.

To mark the 150th anniversary of the Mendeleev periodic table – the one you’ll see on the wall in your classroom and the one scientists today use – UNESCO has designated 2019 as the International Year of the Periodic Table.

The Elements Zone will feature six chemists who are making use of elements in their research or work in industry. They might be studying ways to use rare earth elements more efficiently in our electronics, or finding new uses for everyday elements like carbon, or working in companies exploring sustainable energy sources like hydrogen.

The Elements Zone is funded by the Royal Society of Chemistry.

In the Enquiry Zone, six psychologists will propose an idea for a Citizen Science research project they can carry out with the help of primary school students taking part in the zone.

Through the live chats and questions in ASK the psychologists will further develop their ideas with the students. The students then vote for the project they want to happen. The psychologists and students will then carry out the research project after the event.

The Enquiry Zone is funded by the British Psychological Society. 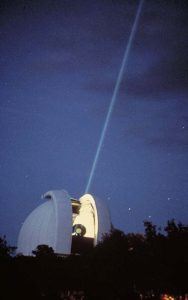 The Harlan-J.-Smith telescope (USA) is used to point a laser at a mirror on the moon, these experiments can measure the distance between the moon and the Earth | Image: McDonald Observatory / Wikimedia

The electromagnetic spectrum (EM spectrum) is what scientists call the range of different frequencies of energy released and absorbed by objects – known best to us as the visible light we can see and the infrared heat we can feel from the Sun (if it ever stops raining this summer).

For the parts of the EM spectrum that we can’t see, we have to design and use technology that can. Each wavelength is more suited to looking at particular scales of objects; long radio waves are suitable for probing deep into space at far off planets and black holes and x-rays in massive synchrotrons are used to diagnose tiny engine faults in F1 engines.

In this zone you’ll meet scientists using parts of the electromagnetic spectrum in their research or work, from astronomy, to materials science, to healthcare.

The Electromagnetic Zone is funded by STFC.

The activities you get up to affect the health of your body, that much we all agree on. But why do people do things, like smoke or drink, that they know might harm them? And why is it sometimes so hard to do exercise or eat in ways that we’ve been told will make us healthier? Can we all behave in ways that will make us well beings?

In this zone there could be psychologists looking at why some people can’t help but drink too much, or looking for evidence of the positive mental health effects of exercise on the brain, or trying to work out why some people love sport and physical activity, and whether we can then help others who find themselves in different social situations, or helping companies keep their employees healthy and happy.

The Heath Behaviour Zone is funded by the British Psychological Society.

All around us are tiny, literally microscopic, lifeforms which actually have huge impacts on our bigger ‘real life’ scale world. Alongside World Antibiotic Awareness Week, this zone will introduce students to people working in modern microbiology research and its implications for society. Students might connect with microbiologists involved in new antibiotics research, public health strategy, understanding the microbiome and how microbes keep us healthy, fecal transplant treatments, gene editing, using bacteria to promote crop growth or produce resources in developing countries, new vaccines or the use of viruses as the treatments for diseases themselves.

The Microbe Zone is funded by the Microbiology Society.

Within the nucleus of an atom you’ll find protons and neutrons, particles that control the properties of any given element. Where the nucleus emits radiation, we find radioactive materials. These materials can be used in lots of ways, including power generation, medical treatments, archaeology, and detecting other molecules.

The scientists in this zone could be studying the particles themselves, or using them to study other materials, or maybe looking at the potential for different kinds of nuclear power and ways to manage nuclear waste.

The Nuclear Zone is funded by STFC.

What makes you behave in certain ways with your friends and other ways when on the bus with strangers? Do you always do what your classmates tell you? How do we learn what is and isn’t acceptable in our society? Do people make better choices in crowds or worse ones?

These are just some of the areas that social psychologists study in their growing field of research. In this zone you could meet a psychologist researching how children learn how to treat other people, or someone looking at how different countries decide what food and drink is normal to eat, or a researcher studying how best to help criminals rejoin society.

The Society Zone is funded by the British Psychological Society.

Sustainable living is living in a way in which we can continue to do so, as if we are going to live forever. At the moment, if everyone in the world lived like the average person in the UK, we would need three planet earths to keep us all going. Humans take natural resources from the earth to make everything from houses, to cars, to computers, but these resources won’t last forever. We are also throwing away more and more rubbish such as plastic, which can take hundreds of years to decompose.

Scientists in this zone might be finding new ways to construct buildings more sustainably using eco-friendly materials, using data science to find environmentally friendly farming methods, or they might be working with councils to help minimise waste and maximise recycling.

The Sustainability Zone is funded by Wellcome.

General Science Zones take scientists from a range of different research areas. We welcome any type of scientist to apply for these zones, especially people outside a traditional academic research environment; the more diverse the work you’re doing, the better.

Apply now for a zone ❯

Find out more about the activity on the Scientists Information page.

Apply by Monday 23rd September. We’ll send an email out soon after you sign up asking which zones and how many classes you would like to bring online.

If you’re already on our lists, please check your inbox and fill out the survey linked in the email we’ve sent you. If you’re new to our events, click below…

Apply now for your class ❯

This November we’ll also be running: